An in depth look into our training system

Are you curious about the methods and principles behind our advanced training system? Below is a deep dive into the behavioral theory and philosophy that is the basis for our entire training system as a whole.

The Four Stages of Learning

Also known as “Pavlovian conditioning” and “associative learning”, classical conditioning is an unconscious form of learning that is all about anticipation. Something that previously had no importance to the dog is paired with something of great importance. When learning associations, the dog learns that certain things go together; when one event happens, another event will follow shortly after. When we pair two particular events, we are creating a predictable relationship and the dog learns to respond to the first event by anticipating the event that will follow.

When you begin to pair something your dog enjoys (like food or your dog's favorite toy) with a word or sound, the dog begins to associate the two stimuli. We use these contingencies to develop communication between us and the dog

Our dog training system is a reward-based training program built on the creation of productive levels of motivation. Our training is only as good as our dogs’ desire for the reward. Motivation is created and maintained in dog training through fostering “the reward of an event,” using restraint to build drive/motivation, proper play techniques (tugging and retrieving games), individual play styles, the use of “food as a toy,” and channeling dogs’ energy during development.

A dog will not perform a desired behavior if it does not see an advantage in doing so. Just like how we go to work every day to get paid, the concept is the same with dogs. We must make sure our dog is motivated when we ask a certain behavior of the dog and create an expectation of a reward that the dog can hope to achieve by doing, or not doing, a target behavior.

Adequate nutrition is extremely important for proper physical and cognitive functioning. Making sure the dog is getting the right balance of fats, protein, carbohydrates, and vitamins can be challenging but is critical. Many behavioral of cognitive issues can arise if these needs are not properly met.

Physical exercise is also extremely important as dogs are very active animals by nature. Exercise is important for physical benefits as well as providing vital mental stimulation. The amount of exercise varies by dog based on age and breed, however even simple games to engage your dog can prevent destructive and reactive behaviors from arising. Taking your dog on a run can go a long way and may even clear up some reactivity or leash pulling!

The positive reinforcement concept in dog training involves rewarding what you like in a dog’s behavior in hopes of seeing it again. We utilize a variable reinforcement schedule, seeking to maintain the dog’s hope of obtaining the reinforcer. This is the foundation for the entire training system that we build upon throughout the program. A dog that is reinforced through training is a dog that will enjoy training, plain and simple.

Differential reinforcement is a positive reductive technique that emphasizes the use of reinforcement to increase the occurrence of more adaptive or desirable behaviors and, at the same time, uses extinction or elimination of triggers which helps to decrease or eliminate disruptive behaviors. This encourages the dog to use the more appropriate alternative behavior while reducing or altogether eliminating, the disruptive or interfering behavior.

Differential reinforcement of alternative behavior(DRA) is similar to DRI in that both reinforce the occurrence of behavior that is an alternative to the behavior selected for reduction. However, the target behavior selected in DRA is not necessarily incompatible with the unwanted behavior. For example, a dog who frequently barks excessively for attention will be taught to sit nicely to gain the family’s attention. In this procedure, sitting nicely and excessive barking can be done at the same time. However, it is likely that the dog will make fewer outbursts and instead engage in a more appropriate attention-seeking behavior (e.g., sitting nicely) if the target behavior is strengthened.

In both DRI and DRA procedures, it is important to select an incompatible or alternative behavior that already exists or is present in the dog’s repertoire of responses. A behavior or skill that the dog exhibits regularly will facilitate additional skill-building opportunities that will be supported in the dog’s natural environment after the intervention program has ended.

Differential reinforcement of low rates of responding(DRL) aims to decrease, but not eliminate, the problem behavior. The rationale for using this approach is that the behavior itself is not a problem, rather its frequency (how often it occurs) and/or duration(how long it lasts) is difficult to tolerate. The most common way to use this approach is to establish a criterion limit for what is considered an acceptable rate or duration for the problem behavior. The dog is reinforced for not exceeding the limit. For example, if the dog engages in eight acts of barking during a 20-minute interval in which the criterion is set at no more than 5 times, then the dog does not receive reinforcement.

Negative reinforcement is used to provide direct feedback based off the dog's current response. This can help guide and advance the dog's behavior while decreasing inaccuracy of behavior. This is done by withdrawing an aversive or annoying antecedent to increase the probability or accuracy of the target behavior. Negative reinforcement engages critical thinking in the dog as continuous feedback is given based off every response the dog performs which enables them to problem solve and independently perform desired behaviors.

Negative Punishment is contingently withdrawing a positive reinforcer to reduce the probability that the problem behavior will occur. A great example of this is when a dog growls or guards its food bowl, withdrawing the positive reinforcer that is the food, seeks to decrease the probability of the dog growling or guarding. In this example the dog will learn that if he growls or guards his food, then his food will be taken away, however if he does not guard then he gets to enjoy the reinforcer.

Positive Punishment is the opposite of reinforcement since it is designed to weaken or eliminate a response rather than increase a dog’s desire to conduct the subject behavior. It is an aversive event that decreases the behavior that it follows. Positive punishment is only effective and humane if the subject dog is able to make the behavior link between their behaviors is the production of positive punishment. Positive punishment is a method to help teach a dog what not to do in our system. This is only present when a balanced approach with positive reinforcement is present. Positive Punishment contingently delivers an aversive consequence to reduce the probability that the problem behavior will occur.

Health and proper care is always our number one priority. We do our best to ensure every dog is comfortable and ENJOYS training. Every program isn't always a perfect fit for every dog, and that's okay! If you or your dog are not satisfied with the program, we always offer full refunds or a program switch at no additional cost 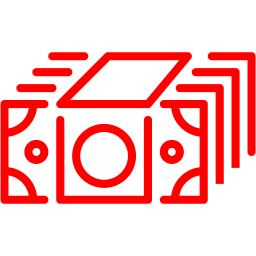 We understand that dogs are our family members too. That's why we offer affordable options to make sure there is a program for every owner's budget

We are committed to helping you get the training you need to live a better lifestyle with you and your dog. We use very advanced dog behavioral theory and techniques to deliver the highest quality training

Improve your lifestyle and relationship with your furry friend today!

Call Us Now
Contact Us Now
Scroll to Top